Hi. My name is Emily Kochi. I’m a big fan of Mac n Cheese, protein-style burgers, and the presence of dogs. I was born in LA before bouncing back and forth between Arizona and California every few months (as I was living with family) and eventually settling on Arizona.
What is your everyday inspiration?
My inspiration has changed many times, as I’m sure it has for everyone. The common factor for me is that it has always been centered around people. An ex, current partner, someone I admired. I wanted to be better for them. I went through probably the healthiest phase of my life having decided to become better for myself. I’ve hit some very rough spots and am now living for my boyfriend Tim. It seems kinda of dismal, because in fact, it is, but everything I’m doing now is to encourage him

And to be there for him. I’m just in a supportive phase I guess.
What is something you would change about people in the world?

Open mindedness. I feel like that’s the biggest problem. If people faced the world with a mind that was not only willing to learn but seeking to learn, people would be more understanding and more knowledgeable, and in turn, better problem solvers. People would see the similarities in religions and the strengths of different ethnicities instead of protecting their ignorant closed minds from gaining information from both sides of the argument. I know that wouldn’t fix everything because humans are by nature unable to come to agreements as a whole but it would be a start.
What is your view on society today?

Society is flawed because people are flawed. It’s never going to be perfect and it never has. A modern struggle it seems is that people are trying so hard to be recognized for individuality and free themselves from being grouped with the masses. The problem comes with their approach to this. I’m seeking individual recognition, they further alienate themselves in another group of some sort. (Here comes a politically incorrect opinion)

Gender. Right? Suddenly there’s a bunch of new words and Pronouns that have been created and groups of people with these associations are banding together. Our brains are wired to group things that are similar together. It’s just the way it is. So there’s are more groups that are growing and soon people will be in the “one step forward, two steps back” position. If major groups weren’t as associated with as much, individuality would stand out more. This applies to political parties as well. It’s frustrating.
What is a plan you would or could do to help change the world?

Kind of sad, but I firmly believe no one person can fix the problems of the world and putting your efforts towards that cause is futile. Instead, I live a more “go with the flow” lifestyle. I do good where I can and I go where I must but all in all, I cannot change the direction of the river by myself and if there was a major change, it would require a major group effort, or it would occur over time once hundreds of thousands have followed suit, and even still, in a few hundred years that major Thing that was changed would eventually disappear.
What is a positive message you would give others?

The book “The Sun Also Rises” by Hemingway is something to consider. People have mixed feelings on it because through the entire book, nothing really happens. No real storyline is followed and the people in the book don’t experience any character growth. This book can be taken as a depressing reminder that nothing causes much impact, or an encouraging reminded that nothing causes much impact. By that I mean situations don’t cause too much improvement, but also situations don’t cause too much Damage. The way you interpret it is determined by your choice and that’s the message I took from it that is encouraging in my life.
Last question do you feel like us as people can make a difference in the world and why?

Individually? No. Combined efforts? Yes. The impact just may not be noticeable for years. Lasting change takes time. 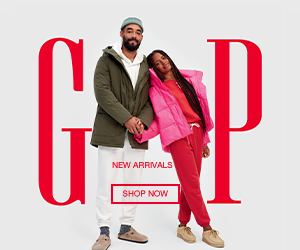